Gordon Michaels’  Productions are a deeply personal expression of his soul. As a singer in his Church’s Children’s choir at age 3, performing developed into a passion and profession. He was n exceptional talent at New York City’s Music & Arts High School from which he was lucky enough to appear in the movie “FAME” and be on the recording. He earned a scholarship to the Boston Conservatory of Music for Opera but found his love in Musical Theater and is what he earned his BFA in.

He’s at ease singing show tunes, jazz, blues, pop and gospel and even some country. A complete southern gentleman at heart, he knows how to entertain and leave you wanting more.

His reputation as a premiere vocalist has led to performances around the world and with internationally known singers; Patti Labelle, Jennifer Holiday, James Taylor, Aerosmith, Rod Stewart, Cissy Houston, Keith Lockhart, Tramaine & Edward Hawkins, Natalie Cole and a performance for Pope John Paul II.  He created and hosted the popular Gospel Brunch at the original House of Blues in Cambridge, MA

Today Gordon resides in Boston and continues to entertain and inspire audiences in theater productions, private functions, charity events and piano bars throughout the region with any one of his six cabaret shows. Also producing small dinner shows and Cabaret events for many local restaurants.​ 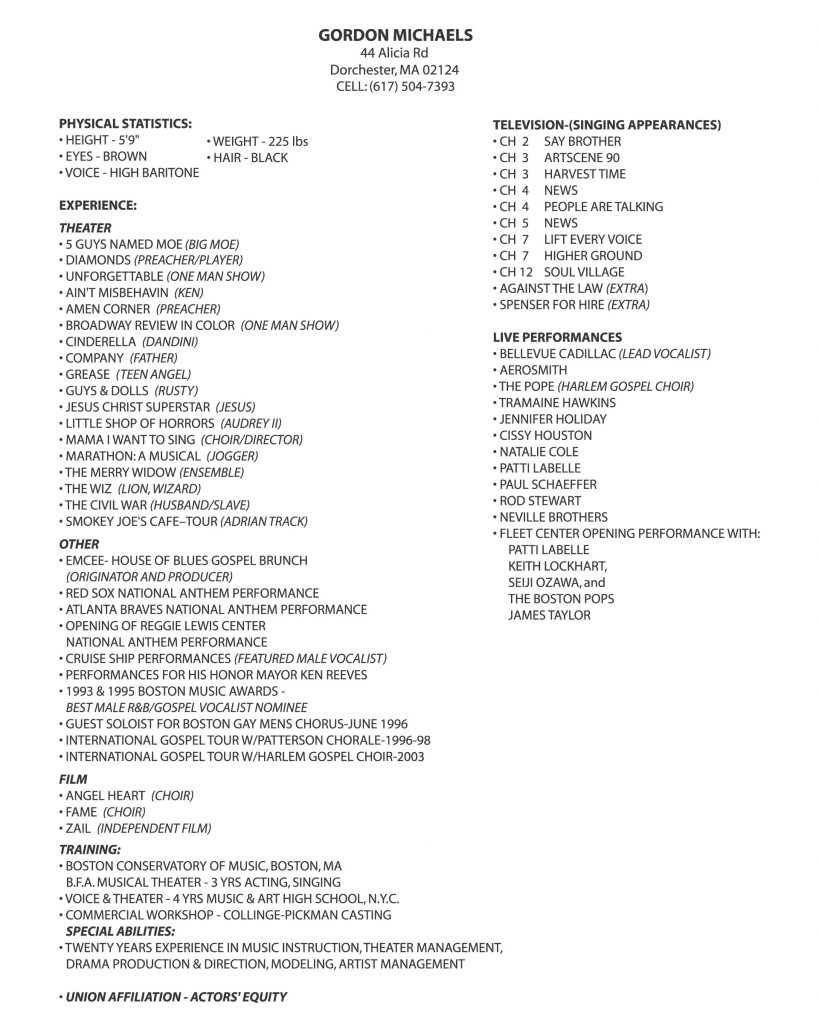