Gordon Michaels’  Productions are a deeply personal expression of his soul. As a singer in his Church’s Children’s choir at age 3, performing developed into a passion and profession. He was n exceptional talent at New York City’s Music & Arts High School from which he was lucky enough to appear in the movie “FAME” and be on the recording. He earned a scholarship to the Boston Conservatory of Music for Opera but found his love in Musical Theater and is what he earned his BFA in.

He’s at ease singing show tunes, jazz, blues, pop and gospel and even some country. A complete southern gentleman at heart, he knows how to entertain and leave you wanting more.

I love to entertain people and touch their hearts and souls with the gift of my voice and music. I also love to teach people who have the same passions for singing and music to do what i have been doing on stages around the world for 30 years 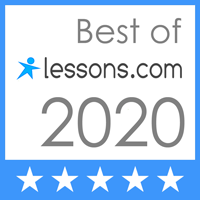